BCPC Board of Directors 2017 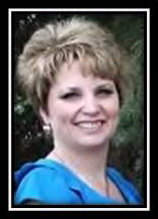 Christine Welch was born and raised in Victoria, BC; the daughter of a Naval Officer.  Christine, a “Navy Brat”, spent most of her childhood years in our provincial capital.   Being a child with parents in “The Forces”, Christine chose interests and a career path that were much different than those of someone pursuing a career in the Military.

In January, 2005 Christine accepted the nomination of Chairperson of 754 Phoenix SSC.  Christine completed her two-year term as Chairperson and stayed on an additional year as a Director and the Squadron’s Media Liaison.

Christine is also a member of the British Columbia Provincial Committee’s Director’s Succession Planning Committee and a member of the National Summer Training Camp Review Committee.  In October, 2011 Christine was awarded the Certificate of Merit for her continued service in the Air Cadet League of Canada.  October, 2012 Christine was elected as a Director and appointed the First Vice President of the British Columbia Provincial Committee of the Air Cadet League of Canada.  In October, 2013 Christine was appointed First Vice President, Corporate Affairs of the BCPC which oversees the Administration Staff, Effective Speaking Program, Public Relations, National Summer Training Camp Selection and the BCPC Office operations.

November, 2014 Christine was presented with the Air Cadet League of Canada’s Long Service Medal for her ten plus years of service to the program.